Don Bergland is an artist creating surreal work using computer graphics as his paintbrush. The “uncanny valley” effect is in full view in Bergland’s work, making the work even more surreal.

The uncanny valley is a hypothesis in the field of aesthetics which holds that when features look and move almost, but not exactly, like natural beings, it causes a response of revulsion among some observers. The “valley” refers to the dip in a graph of the comfort level of beings as subjects move toward a healthy, natural likeness described in a function of a subject’s aesthetic acceptability. Examples can be found in the fields of robotics and 3D computer animation, among others. (Wikipedia)

Uncanny means “strange or mysterious, especially in an unsettling way.” We feel Bergland’s work is in dialogue with much surrealism & theater, but also video, video games and popular media. The work is surreal, strange, and unsettling. 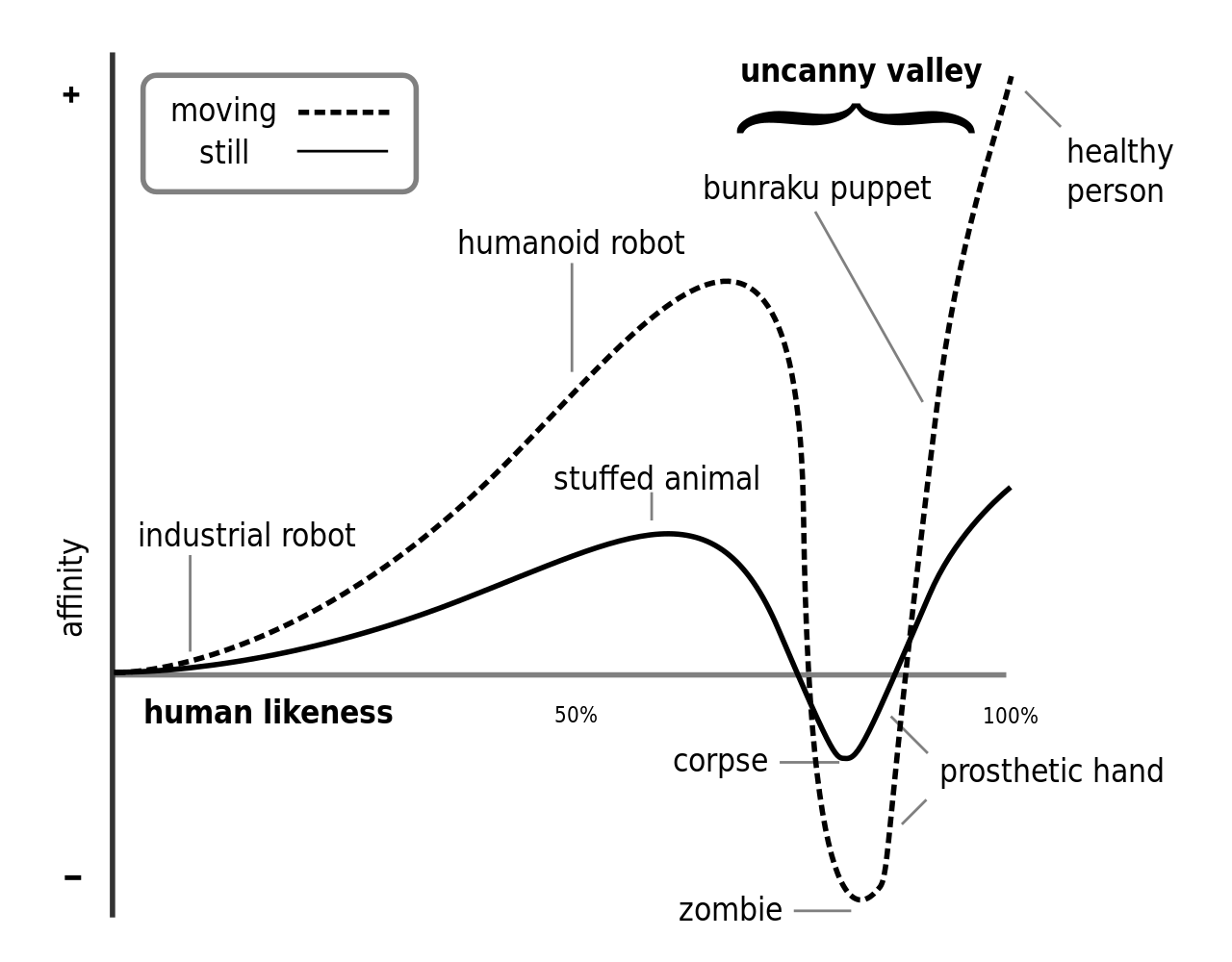 I have spent over 50 years working in the studio and have moved through many visual styles in my art. For half that time, I worked as a traditional painter creating works on large canvases. I now find myself working with digital tools and techniques, constructing a neo-surrealistic language that integrates the viewer in a participatory dialogue in unpacking meaning from visual imagery. For me, the enclosed space of the visual image is a dramatic cerebral theater populated by realistic sets, objects, and figures which when combined with intention, offer challenging mental puzzles. Walking a thin tightrope between the obvious and the absurd, I construct sets which host small dynamic dramas based on the mind’s ability to build meaningful narratives from enigmatic sources. The resulting images are to be seen for what they are, and then for what they may not be. Although I arrange my objects in specific ways to express my own ideas, I am fully aware that the way the imagery is designed will lead to a multitude of different interpretations. For the careful observer, directional maps are suggested in each image. These maps are woven into the location, pictorial relationships, and surface appearances of the actors in each composition. I intend that the viewer will engage with the work, note surfaces, relationships, symbols, and metaphors, and will then construct personal meaning from the engagement. Like all studio-based languages of imaginative possibility, I have merely begun the journey of building and refining my own visual syntax and grammar of cerebral imagination. Each of my works is a record of that journey.

Don Bergland is an Associate Professor of Visual & Performing Arts at the University of Victoria and has been an active exhibiting artist for over 50 years. He describes his current work as a version of Neosurrealism with the objective of eliciting questioning attitudes in the mind of viewers. He creates his work using both traditional and digital tools, focusing on an integration of 3D modeling software and various graphic processing programs. Each of his artworks features a theatrical set defined by a stage with actors, props, and a backdrop. The actors in the set consist of everyday objects brought into combinations and interactions that attempt to elicit inquiry. The content of the artwork focuses on themes such as time, aging, nostalgia, the footless pursuit of Utopia, and the conditions of ideology which disable our rational minds. Each image is constructed using conventions of visual realism, but with alterations that offer dreamlike possibilities. Themes and objects appear and re-appear from image to image. Each artwork becomes a framed snapshot of a moment in theatrical space, noticed briefly, and then forgotten once more, a fraction of time when reality is breached and a frozen glimpse into the mental theatre of Eternity is experienced, an opening when the viewer can catch the faint hint of cotton candy breezing in from the sideshow midway, the pastel moment of a lost memory, a slight reminder that the past is never absent, and that the future is always in front of us. Don maintains an active international exhibiting career and has featured his artwork in over 150 major exhibitions throughout the world. He has won over 60 creative & professional awards for his work. His work is represented in major corporate and private collections such as the Gulf Oil Corporate Collection (Alberta), the Madrona Centre Permanent Collection (B.C.), the Canadian Utilities Corporate Collection (Alberta), the Timothy Eaton Foundation Collection (Canada), the Chevron Standard Corporate Collection (Alberta), as well as in private collections in Canada, the United States, and Europe. His current focus is in using 3D modeling environments to create surrealistic imagery for international exhibitions. He currently lives and teaches in Victoria, BC, Canada.

Comment Rules: Remember what Fonzie was like? Cool. That’s how we’re gonna be — cool. Critical is fine, but if you’re rude, we’ll delete your stuff.

We are an educational site whose mission is to support the visibility of contemporary surrealistic, visionary, fantastic artists in an increasingly eclectic art world. Read More.